As usual, my so-called review arrives with a ton of delay, but that’s my modus operandi, so bear with me. Probably everybody who loves Mr. Kadrey’s writing already read Kill City Blues, but I’ll throw my opinion in the big cauldron that’s internet anyway. 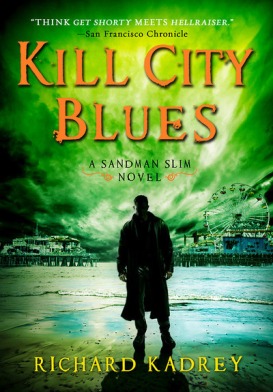 I’m quite a fan of Kadrey and his storytelling, and I bought this fifth installment of Sandman Slim’s adventure as soon as I could.

After three books in which James Stark deals with ex-friend Mason Faim (the one who sent him to Hell) and tries to get his revenge, we’re deep in the new “arc” of stories, revolving around the menace posed by the return of the Angra Om Ya, the gods that God tricked out of the universe. As James strives to find back the only known weapon that can kill a god (what he calls “the Magic 8 Ball”), lots of people with the worst intentions cross his path.

The novel was not a disappointment, at all! The book delivers exactly what the excerpts I read promised: the usual witty, cynic inner voice of Jimmy, an action packed plot, tons of mayhem and weird creatures, the roots on which I am sure Kadrey will build a great final confrontation with the Angra (the golden-clad figure in the sea? Can’t wait to read more about her! *__*).

And on the road there’s room for: eating a donut with former Lucifer; navigating an abandoned gigantic mall that feels a lot like a dungeon crawl of the best kind; batshit crazy guys who call themselves “Shoggoths”; gunfight, gunfight and even more gunfight; automatons who don’t know they’re not made of flesh and blood; haunted staircase that summon nasty things; Sandman Slim terrorizing the whole magical community of L.A. with random violence (I love that guy!); Manimal Mike (I love that guy!) trying to fix a bipedal body for Kasabian (I love that guy!); discovering that a girl’s night out for Candy and Brigitte (I love those girls!) involves shooting things; lots of ghost; the nervous breakdown of God and what it means.

The aforementioned mall, familiarly known as “Kill City” is a character on his own, maybe the second biggest character in the book. It looms, twisted and nightmarish, and for a girl who has quite a love for abandoned places, it’s a hell of a setting!

Oh, and I shouldn’t forget Ferox! Reading about James meeting him got my stomach tightening in fear and horror and my mind full of “Oh, gosh, no, don’t do it, please!”. Thanks, Mr. Kadrey, really, I love when somebody succeed at scaring me that way!

To sum it up: I can’t wait to read the next book and see what will be built on these foundations! 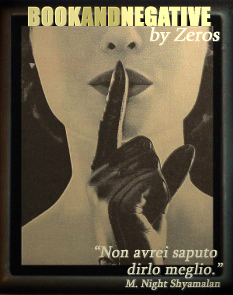